The rate of self-harm among inmates serving indefinite prison sentences is more than double that among life-sentenced prisoners, according to new figures.

A report by the Prison Reform Trust (PRT) published on Thursday shows that the 4,100 prisoners serving indeterminate sentences for public protection (IPPs), which have no fixed release date, have one of the highest rates of self-harm in the prison system in England and Wales.

Penal reformers say that Ministry of Justice figures showing that there were 2,500 acts of self-harm among IPP prisoners demonstrated their level of despair over serving a sentence that was abolished in 2012.

The justice secretary, Michael Gove, has ordered a Parole Board inquiry into the plight of existing IPP prisoners, many of whom have served far beyond their originally recommended “tariff” but are not able to qualify for release. 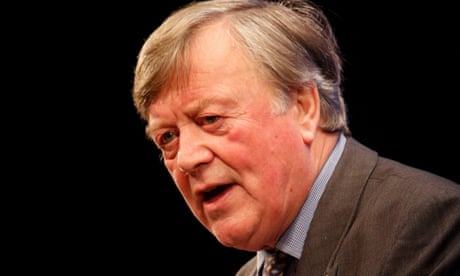 The PRT report says that many IPP prisoners have been held for years beyond their original tariff dates because of parole board delays, limited resources, poor procedures for managing risk and a lack of available places on offending behaviour programmes.

One ex-IPP prisoner, Shaun Lloyd, told the BBC the disproportionately high self-harm rate for IPP inmates was hardly surprising, since they lost hope because they “have no finish line to work for”.

In order to be released, IPP prisoners must prove to a parole board that they are not a danger to the public.

However, Lloyd said offender managers, who are responsible for assessing a prisoner’s risk of re-offending, were overstretched and might only spend a few minutes at a time with a prisoner.

“Clearly nobody can know you after seeing you twice and for just 10 minutes,’’ he said. He said underresourcing was one reason why he had spent more than nine years in prison for street robbery, for which he had been given a minimum sentence of two and a half years.

Court of appeal judges underlined earlier this year that it is the responsibility of the government and parliament to find a solution for those stuck in prison beyond their tariff. Gove acknowledged in a recent speech that there were “a significant number of IPP prisoners who are still in jail after having served their full tariff who need to be given hope that they can contribute positively to society in the future”.

More than 80% of the 4,100 people serving IPP sentences are beyond their original tariff and are being held at an estimated cost of at least £500m a year.

The PRT director, Peter Dawson, said the figures showed “the growing toll of despair” IPP sentences were having on prisoners and their families.

“Urgent action is needed. The government should convert these discredited sentences into an equivalent determinate sentence, with a clear release date, and provide full support to people returning to their communities,” he said.

“Only then will the damaging legacy of this unjust sentence finally be confined to the history books.”

The Ministry of Justice said it recognised there were problems in the system, adding that the justice secretary had asked the Parole Board to look urgently at how IPP offenders were handled.